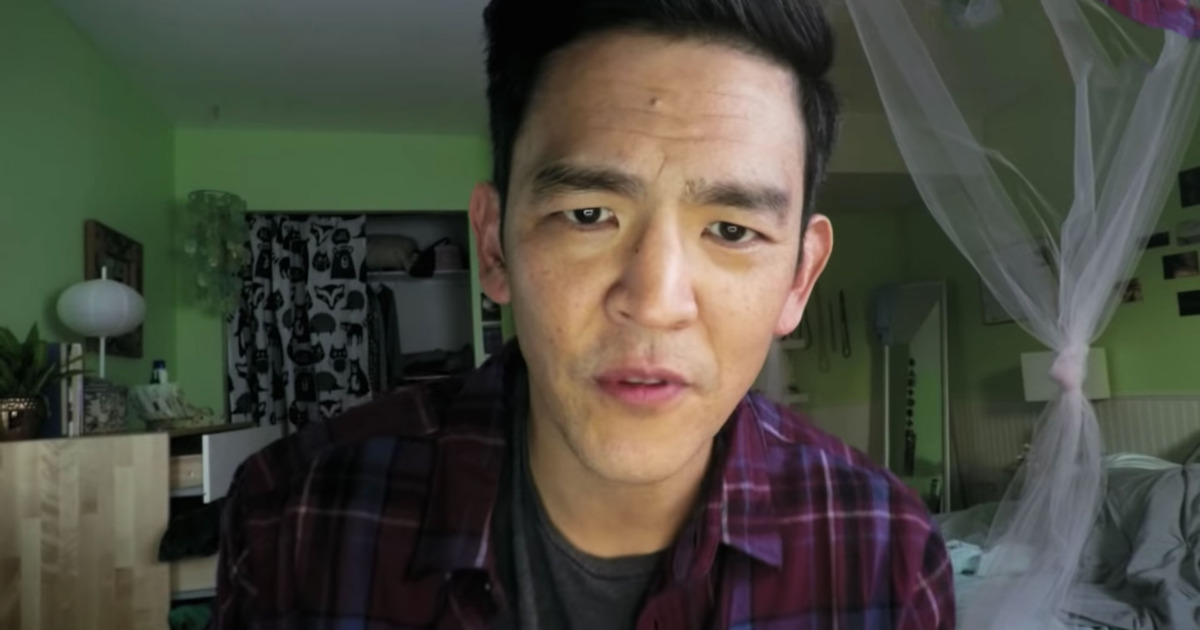 A man named David Kim (John Cho) lives peacefully at home with his teenage daughter Margot (Michelle La). One day, however, Margot no longer texts her father and has not returned home in a long while, and eventually is considered to be a missing person. David now attempts to contact Margot’s classmates in hopes to find where his daughter is.

Searching is a film that is told entirely from the perspective of a computer screen, and it is definitely not the first film to use this gimmick. The Unfriended series of films do this, and sometimes it can be effective, but sometimes it can come off as cheap and bland. In the case of Searching, however, it is luckily the best film that utilizes this technique by far. Even though it does take place entirely on a computer screen, it is still so easy to get invested in our characters.

Cho does a brilliant job at playing a father who is constantly on the edge of breaking down in tears after his daughter’s disappearance. The picture makes it crystal clear in the beginning that the closest person in his life is Margot, so whenever she does goes missing, he has nobody in his life anymore, and it can be emotional to see him struggle throughout the film.

Also great in this film is Debra Messing who portrays Rosemary Vick, a police detective that is enlisted to help David find Margot. Just like Cho, Messing has quite a few scenes where she has to show tons of raw emotion and she does a brilliant job of doing so. Her character was one of the best additions to the film.

This is also a film that does feel scarily plausible. The aforementioned Unfriended film series does not necessarily feel like it could happen, mainly because it involves ghosts and other-worldly apparitions. With Searching, we have an incredibly grounded story that is propelled by the excellent performances on display.

The entirety of Searching is a white-knuckling journey filled to the top with absolute tension and suspense. Searching, by far, contains one of the greatest stories in cinema this year so far. It is additionally a film that is jam-packed with tons of surprises in store for viewers.

Unfortunately, La, who portrays Margot in Searching, was not the greatest actress. We only see her character a couple of times in the film naturally, but even the scenes that she is in were not the best. Her acting did feel rather wooden at times, which is unfortunate as virtually every other aspect of the film was terrific.

Searching is an exhilarating thrill-ride with true tension and contains excellent performances by John Cho and Debra Messing.

MPAA Rating: Rated PG-13 for thematic content, some drug and sexual references, and for language